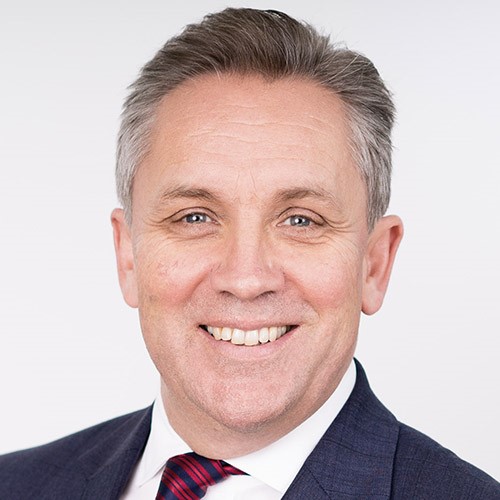 Justin is Terra Firma’s Vice Chairman. He joined the business in September 2015 and  acts as an adviser to the General Partner. With over thirty years of experience working in and leading large businesses, his significant operational insight and experience in business transformation are invaluable in advising the General Partner on potential new transactions.

Justin chairs two Terra Firma portfolio companies (Santander/Brighterkind and Wyevale) and sits on the boards of Everpower, Annington and RTR.  Outside of Terra Firma, Justin also sits on the PIB of PWC and is a Non-Executive Director of Marks and Spencer.

Justin was the CEO of Sainsbury’s between 2004 and 2014, where he led the business through a major turnaround which led to nine years of profit growth. Before joining Sainsbury’s, Justin was Head of Food at Marks & Spencer. He held prior roles at Asda, Haagen-Dazs, PepsiCo and Mars in a thirty year career spanning consumer goods and grocery retailing.

Justin has previously served as a director of Staples and a board member of the London Organising Committee of the Olympic and Paralympic Games, and was on the audit committee of both organisations. He was also a member of the UK prime Minister’s Business Advisory Group.

Justin is well known for his interest in motorsport and enjoys combining his passion for cars and spending time with his family. He served as interim Chairman of the Manor racing Formula One team, overseeing its recovery from administration in 2014, and his son, Jordan, is an international racing driver.